Earlier today, Obama formally proposed his 2013 budget (link) which sees a $1.33 trn budget deficit in the 2013 fiscal year – more than the $1.296 trillion 2011 budget deficit, which unfortunately indicates that even with rather rosy assumptions, the deficit hole continues to grow, which also means that the debt plug will be higher in the next year compared to the prior, which in turn lends even more credibility to the US debt clock analysis which assumes a nearly 140% debt/GDP ratio by the end of a potential second Obama term.

While that will likely end up being an optimistic estimate, for near-term discussion purposes, the probability of even this particular budget passing is slim to none as the GOP reaction in the republican controlled Congress has been swift and brutal. Per the WSJ: “Republicans moved quickly to denounce Mr. Obama’s budget plan. “This proposal isn’t really a budget at all. It’s a campaign document,” Senate Minority Leader Mitch McConnell (R., Ky.) said… Rep. Paul Ryan (R., Wis.), the chairman of the House Budget Committee, said, “Again the president has ducked responsibility, he has punted again, he has failed to take any notable action on this crisis.” “All we’re getting here is more spending, more borrowing and more debt that will lead to slower economic growth,” Mr. Ryan said on a conference call with reporters.

Republicans are expected to offer their own budget plan in the next month. The president’s populist message is weaved throughout his proposal. “For many Americans, the basic bargain at the heart of the American dream has eroded,” the president said while reiterating a call for nearly $1.5 trillion in tax increases on higher-income Americans over 10 years. He added he is seeing “signs that our economy is on the mend” and that this is a “make-or-break moment for the middle class, and for all those who are fighting to get there.” So while this “budget” is not even worth the paper it is printed on (unlike reserves, they actually still use paper for these things) here per the WSJ, are the key charts that form the foundation of the budget forecast.

And probably the one chart that the GOP will throw up all over: Defense, Medicare:

One Dollar Of Capital 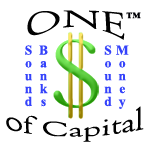 FedUpUSA Founder Stephanie Jasky's article 912 Protest Washington DC - What Was It All About? as seen on The Right Side of Life

A New Economic Game: "The Truth" 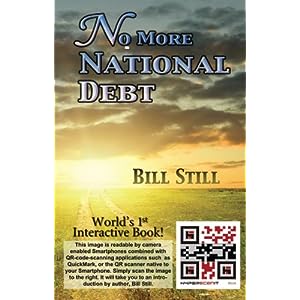 By Bill Still
There is only one answer for the world economic situation; monetary reform.
1. No More National Debt
2. No More Fractional Lending The official page of Bill Still